Outdoor Advertising
How regional media can increase your profit margin

According to the ABS, Australia’s estimated resident population has reached a staggering 24.6 million people (as at June 2017). Of this population 16.5 million live in capital cities but the remaining 8 million plus change live in regional areas. That is a third of the Australian population living outside of the major metro regions and a huge opportunity for businesses to target these audiences with their products as they have the same needs as everyone else in the major centres.

Regional media has often been put in the too-hard basket for many advertisers but it’s not as difficult to navigate as it may seem with an array of quality media owners supplying Australia’s regions, covering all target audiences with all media offerings including everything you would find in the major metro areas.

With Australia’s major capital cities now being more and more expensive and the Australian dream of owning a home becoming more unattainable there has been an increase of families and Grey Nomads migrating up and down the Coasts of Australia to less populated regions to settle where it is much more cost effective to live.

We know that in regional areas while there is a much higher incidence of people working on the land, there are also many people who hold all the same roles as those who work in the city such as doctors, school teachers, bank managers, and other professionals. They are avid consumers of their local media, especially print, outdoor, local TV and radio to find out what’s happening in their region. These audiences are parochial – their community is very important to them and while they may have to drive long distances at times to get around, this is a huge opportunity to capture audiences on radio or via outdoor mediums in their regions

At the end of the day businesses want to increase their profit margin and while targeting audiences in the major capital cities is important, rounding out your media strategy with a regional  plan will ensure that you have captured a very valuable part of the Australian marketplace that you may have been missing.

Great news for advertisers is that regional media is extremely cost efficient and the opportunity to target the right customers at the right time via a holistic strategic planned buy is absolutely possible with the right research and planning. MediaSmiths has the tools to support you with regional media planning, get in contact today and we can discuss your regional media needs. 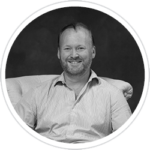