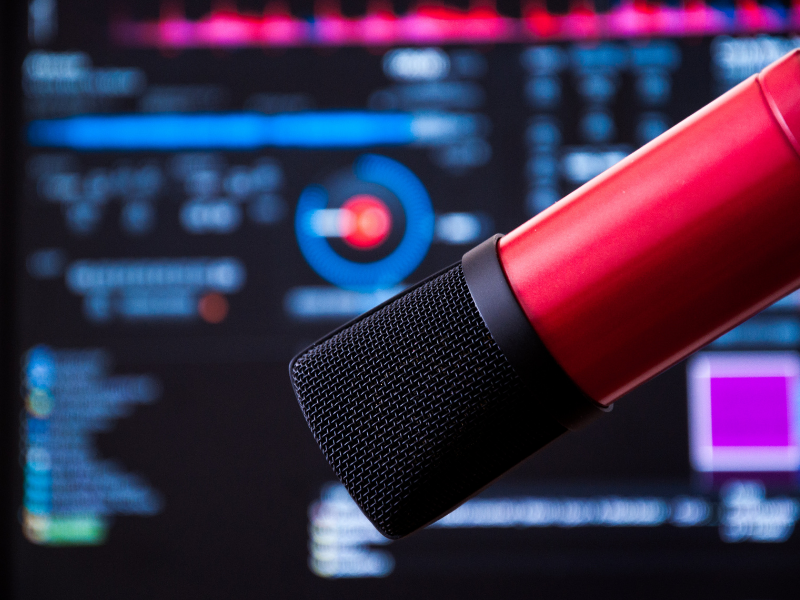 Australians are increasingly listening to live radio streaming and podcasts. Although this currently represents only a small percentage of the industry, digital audio is very influential and has great potential to increase in the coming years.

1 in 4 Australians now own a smart speaker, and of those, 88% use it weekly, while 67% use it daily, according to Commercial Radio Australia’s recent Smart Audio report. The same report found that 59% of people who own a smart speaker say that they are listening to more audio since they got their device. This shows how this new technology has the potential to increase radio audiences, specifically digital audio broadcasting (DAB+).

As radio operators expand their offerings for both live and streamed audiences, this opens up more and more opportunities for advertisers. However, terrestrial radio isn’t going anywhere anytime soon. It has long been a trusted source of news and information for Australians, and this has been demonstrated once again during the COVID-19 crisis. This was especially clear in the fifth Metro Radio Survey for 2021, which was released yesterday.

The key takeaways, broken down by market, are:

This survey period covered 23 May to 26 June and 11 July to 14 August, with the second part coinciding with Sydney’s on-going lockdown. As Australia’s biggest city came to grips with COVID-19, they turned to talk radio, with 2GB surging 3.4 percentage points to lock in 15.2% of the market overall, well ahead of closest competitor KIIS 1065 with 8.7 percentage points.

This also saw Ben Fordham’s 2GB breakfast show once again take the lead, after losing the top spot to KIIS in the last survey, breaking an 18-year run for 2GB in dominating the breakfast time slot. 2GB regained the top spot, with an increase in 3.5 percentage points, while KIIS’ audience share decline by almost the same amount, falling 3.4%.

Survey 5 saw a significant increase in cumulative audience numbers across all digital and internet stations, increasing by 181,000 since the last survey period to 961,000. The DAB+ station with the highest cumulative audience in Sydney was KIIS 90s, which also had the joint-highest digital audience for breakfast, along with Edge Digital.

Although not as much as Sydney, Melbourne was also affected by lockdowns during this survey period and this was reflected in listeners tuning into talk radio in this market as well. Nine radio’s 3AW dominated the Melbourne market with 15.1% of audience share, despite dropping 0.4 percentage points, well ahead of its closest commercial competitor Gold 104.3 with 10.0%.

3AW breakfast team Ross Stevenson and Russell Howard strengthened their lead, gaining 0.7 points to report an impressive 20.8% of this day part. DAB stations also saw a boost, with total cumulative audience across all digital station increasing by 88,000 to 809,000 cumulative listeners.

Brisbane has been a highly-contested market for some time but survey 5 demonstrated this more clearly than ever with Nova, 4KQ, and 97.3FM tying for the top spot. Incredibly, each of the three stations had exactly 10.2% of the market share overall across the survey period.

For Nova, this means they lost the lead position they had in the previous survey, dropping 0.6 percentage points. Nova’s breakfast team hung on to the top spot with 11.3%, despite tough competition from 4KQ who gained two points to secure 11.1% for that day part.

Though only slightly affected by lockdowns in the survey period, Adelaide listeners also shifted over to AM stations during this time. Though this was mostly reflected in ABC Adelaide’s figures, the highest-rating commercial AM station was Fiveaa with 10.3% of audience share across all day parts. Nova 919 and Mix 102.3 continued to battle for the top breakfast spot, with Nova keeping their lead at 23.6% despite slipping a significant 5.4 points, ahead of Mix 102.3 with 20.2%.

In Perth, Mix 94.5 rose 1.7 points to dominate the market overall with 13.4% of market share, ahead of Nova 93.7 with 13.1%. However, last survey’s market leader Nova held on to the top spot in breakfast, gaining 0.2 percentage points to secure 14.3%. Nova was also in the lead for drive with 16.7%, despite a slight drop in listenership for that day part. Perth was the only market where DAB+ stations lost listeners compared to the previous survey, with a slight drop in cumulative audience numbers.

We hope you are keeping safe and well during these challenging times. Keep an eye on our blog for more updates and insights, the evolving nature of audio!